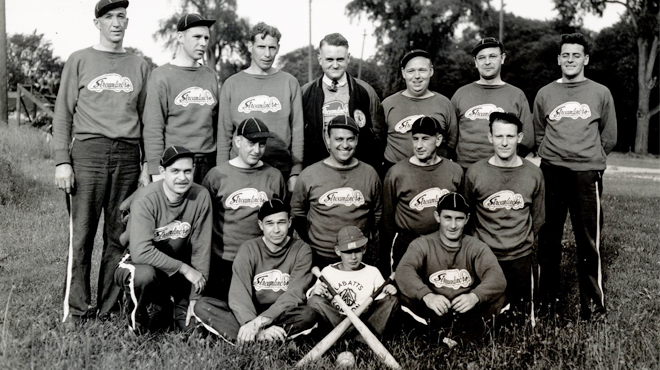 Few businesses have contributed more to Canadian sport than Labatt. Labatt’s support for amateur athletes, leagues and fan-favourite professional sport teams extends back more than a century. In 1893, Labatt sponsored a golf tournament in London to show its support for local amateur athletes and the game that members of the Labatt family loved.

Many employees at Labatt were avid amateur athletes themselves. Labatt’s general manager Hugh Mackenzie, for example, had played varsity football at the University of Toronto. Following his graduation, he played in a number of games for the Toronto Argonauts in the early 1920s as a replacement for the experienced “Shrimp” Cochran, who was then acknowledged to be the best quarterback in Canada. Football, however, was an amateur sport at the time and could not provide a satisfying career for an ambitious young man like Mackenzie. As a result, he decided to prepare himself for a more stable life as a chartered accountant and joined Labatt.

As general manager of the London-based brewery during the 1930s, Mackenzie gave Labatt’s money to local soccer, bowling, softball and hockey teams to promote camaraderie among the brewery’s employees and build links with the community. As Labatt expanded its brewing operations across the nation after the Second World War, it spread its support for local sport both far and wide. During the second half of the twentieth century, the company sponsored everything from curling to slow-pitch.

In 1979, Labatt was recognized by the Ontario Government for its contribution to amateur sports when it was presented with the prestigious “Provincial Sports Citation.” Labatt’s support for sport continues to this day. 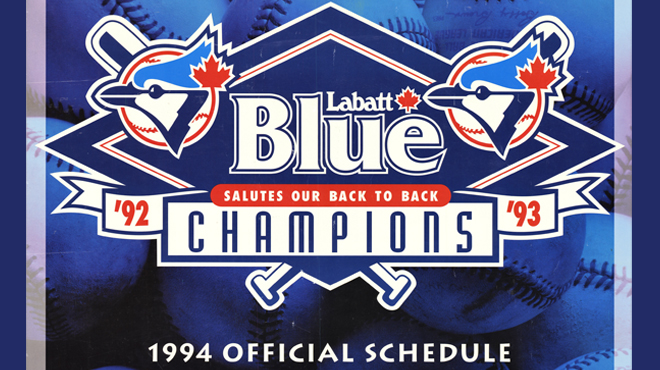 Founded in 1977, the Labatt-owned Toronto Blue Jays win back-to-back World Series championships in 1992 and 1993, as shown on the team’s official schedule from 1994.
Beer and Professional Sports: The Brewing of a Great Canadian Tradition

Labatt’s support extends to the pinnacle of sport. Labatt had been interested in bringing a professional sport team to Canada since the 1960s. In part, the interest was stimulated by a concern over Labatt’s corporate image. A 1970 study by a young, brilliant sociologist named Michael Adams indicated that while many Canadians felt that Labatt was a “good citizen,” they did not know that Labatt was owned and operated by Canadians. Indeed, many of those interviewed thought Labatt was owned either by the American brewer Schlitz, or the tobacco giant Pall Mall. According to the report, nothing specific came to mind when those interviewed thought of Labatt “other than the fact that they made good beer.” In his final report, Adams recommended that Labatt improve its image and beer sales by “associating itself intimately with some sports team.”

The idea was not new. Beer promotion through professional sport had been taking place for years. In 1961, Labatt became the official sponsor of the Canadian Football League. Eleven years later it sponsored the legendary Canada-USSR Summit Series. As one of Canada’s oldest and most successful breweries, Labatt wanted to be associated with the most spectacular sporting events. The Summit Series became one of the most memorable moments in Canadian history and a defining event for all of those Canadians who watched the hockey games on their television sets in September 1972. The emotional reaction that Canadians displayed when Paul Henderson scored Team Canada’s last-minute, series-winning goal confirmed to those at Labatt that Canadians treasured their sport. As a result, Labatt committed to further championing professional sports in Canada.

To that end, in the mid-1970s Labatt made a historic bid to bring a major-league baseball team to Hogtown. Labatt had the support of Toronto’s mayor, David Crombie, and the powerful chairman of the Metro Council, Paul Godfrey, who were eager to obtain a major baseball franchise to enhance the city’s image.

In 1975, Labatt turned its attention to acquiring an existing baseball franchise. In January of that year, Labatt’s President and CEO, Peter Widdrington, met with Jerold Hoffberger, the chairman of the Baltimore-based National Brewing Company. The two had a lot in common. Both were enthusiastic baseball fans. Widdrington had been a supporter of the Boston Red Sox while he was doing his MBA at Harvard. He was also a very good hockey player and regularly laced up his skates to play with the company’s employees in London.

Following a path established by brewers-cum-baseball team owners like August Busch of the St. Louis Cardinals, Hoffberger blended the beer business with baseball ownership. Hoffberger became the chairman of the Baltimore Orioles in June 1965 after the National Brewery Company purchased a controlling interest from the American financier, Joseph Iglehart. Hoffberger would have probably sold the team to Widdrington had it not been for the fact that the expansion of the Canadian Exhibition Stadium in Toronto could not be completed for the 1975 baseball season and a “lame duck” situation in Baltimore that year would have resulted in substantial operating losses.

Fortunately for Labatt, in 1976 major league baseball was again looking to expand its ranks. The expansion of the American League that year to include Seattle promoted a similar expansion in the Eastern Division to even out the schedule of games. With the choice between Washington and Toronto, the American League owners voted overwhelmingly on March 20, 1976 to grant a franchise to Toronto. The Labatt group paid US$7 million to acquire Canada’s second baseball franchise. Directors at Labatt selected the name “Blue Jays” from a list of 30,000 entries in a “Name the Team” contest.

When the Toronto Blue Jays took to the field for their first game on April 7, 1977, it was so cold that some fans wore snowmobile suits and others huddled under blankets. Yet despite the snow and the freezing temperature, 44,649 fans turned up at Canadian Exhibition Stadium as major league baseball came to Canada’s largest city. Just fifteen years later, Canadians from coast-to-coast rejoiced as the Blue Jays won back-to-back World Series titles in 1992 and 1993. By bringing the Blue Jays to Toronto, Labatt had brewed up a great Canadian tradition: beer and baseball. 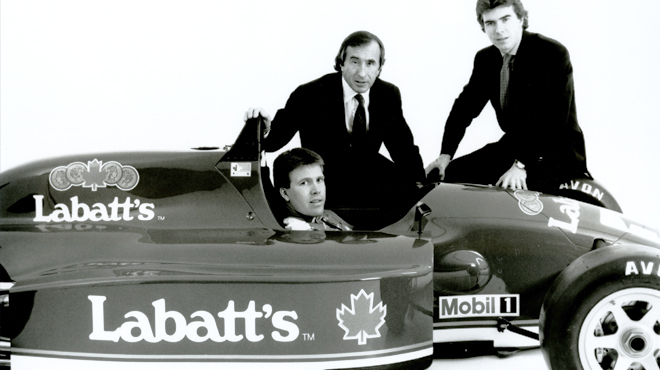 A strong link has long existed between Labatt and sponsorships of national sporting events. Beer consumers tend to be sports fans and the vast majority of the population relates to sports in one way or the other. The interlinking of beer and sport is thus a theme that runs through Canada’s history and culture.

Beer promotion through sports has provided Labatt with tremendous exposure before, during and after the sporting event. It also created a positive association between beer drinking and the traits associated with athletes and sport teams: strength, loyalty, endurance, vitality, fun, and fitness.

After the birth of the Blue Jays, Labatt continued to throw its support behind sporting events. In 1977, Labatt established the Grand Prix du Canada to build a track and hold an annual international Formula One race on Montreal’s Ile Notre-Dame very near to where Labatt had showcased its products to the world during Expo 67. Canadians were elated in 1978 when Canadian driver Gilles Villeneuve won the race in front of 125,000 enthusiastic fans.

Canadians were again on the edge of their seats when golfing legend Arnold Palmer won Labatt’s International Golf Classic in Edmonton. “Golf is a fantastic game,” said Palmer, who had rounds of 68-68-64-71 on his way to winning the Labatt Cup and the $20,000 in prize money.

In 1984, Labatt invested $20 million to create one of Canada’s first speciality pay-television channels, The Sports Network (TSN). Getting into the all-sports broadcasting business made sense for Canada’s biggest brewer. Labatt already owned a piece of the Blue Jays and had sponsorship rights to other sports properties. Viewers were predominantly 18-to-49-year-old males, the same group that were most likely to drink Labatt’s beer. Executives at Labatt also knew that watching sports was one of the most important beer moments.

The sponsorships continued in the years that followed with Labatt sponsoring the 1988 Winter Olympics in Calgary, Women’s Downhill Skiing, the 1999 Burton Snowboards Championship and many other world-class sporting spectacles.

When the “beautiful game” arrived in Toronto in 2005, Labatt was quick to throw its support behind the home-town team, Toronto FC. But it wasn’t just professional sports teams like the Vancouver Canucks, the Calgary Flames, the Winnipeg Jets, and the Toronto Blue Jays that received Labatt’s backing. Canada’s historic brewery proudly championed sports teams at every level, be they semi-pro, varsity or recreational. Whatever the level, Labatt has been there, supporting communities and promoting the sports that Canadians love to watch and play.